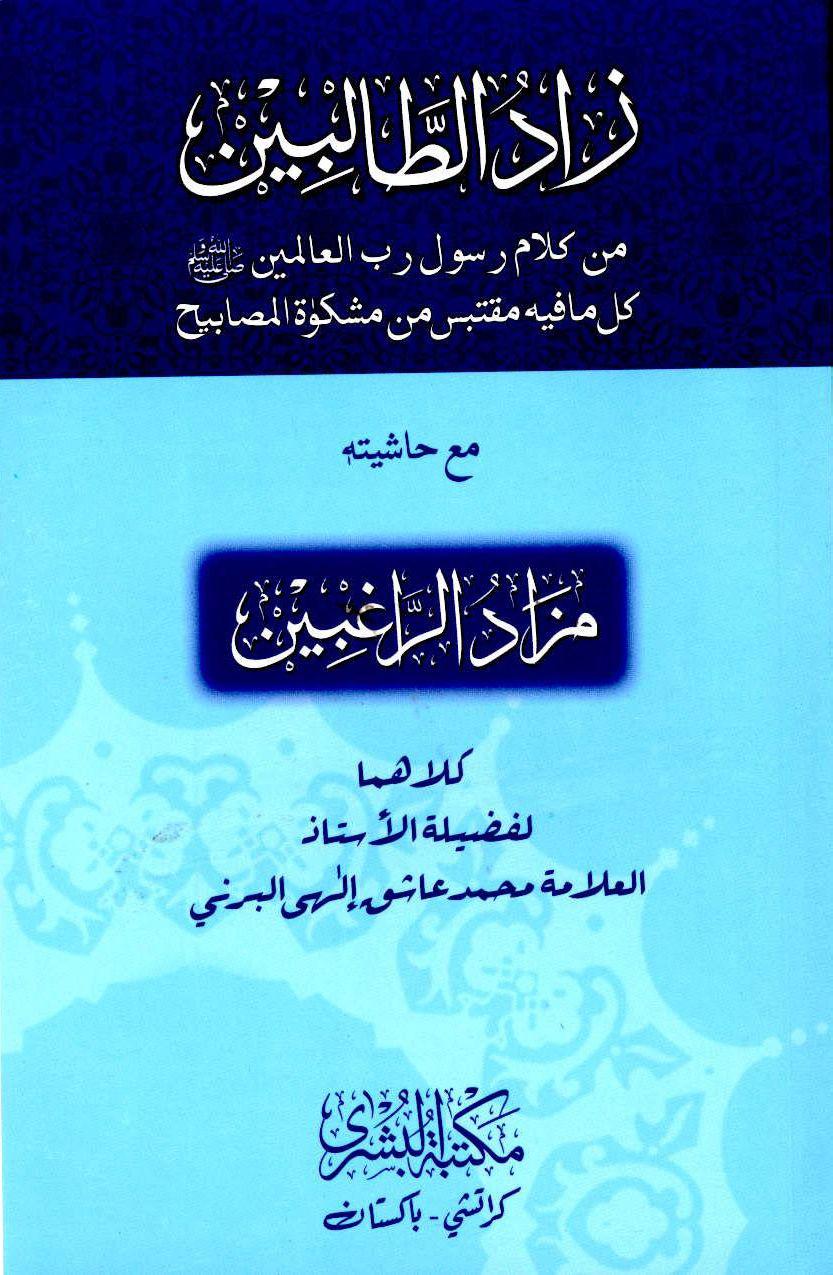 A Manual of Prophetic Hadiths with Commentary of Shaykh Ashiq Ilahi al-Bulandshehri’s Zad al-Talibin Imam Nawawi wrote: “The science of hadith is the noblest means of attaining closeness to the Lord of the Worlds.” The Messenger of Allah (upon him be peace) was given exceptional oratorical skills. His words were eloquent, comprehensive, and simple, conveying libraries of wisdoms and truths. The Messenger (upon him be peace) himself said, “I have been sent with the jawami’ al-kalim” (Bukhari) that is, succinct language that expresses a multitude of meanings in few words. Bookstores and libraries today are full of books of proverbs, coined by historical personages and political and religious leaders. But each of these pales in comparison to the eloquence of the Messenger of Allah (upon him be peace)and philosophers and sages seem nothing more than struggling students in the light of his divinely inspired wisdom. This book is a collection 327 hadiths which the author, Shaykh Ashiq Ilahi al-Bulandshehri, compiled from ‘Allama Tabrizi’s renowned hadith compilation, Mishkat al-Masabih. The book contains many jawami’al-kalim,as well as prophecies and other accounts and narratives. The book is ultimately a compilation of hadiths meant to inspire the souls of today’s Muslims and give them a glimpse at the charisma of the Prophet Muhammad (upon him be peace)and a roadmap with which they can achieve closeness to their Lord. This work is taught in many of the madrasas around the world as a first hadith work.

There are no reviews yet.

Be the first to review “Zaad ut talibeen” Cancel reply